Hybrids have been in widespread use since the late 1990s when the Toyota Prius launched in 1997. Since then, two types emerged, the older hybrid car (HEV) and the more recent plug-in hybrid (PHEV). So what is the difference between a plug-in hybrid and a hybrid car?

The hybrid electric vehicle also just known as the ‘hybrid’, combines a regular internal combustion engine with a battery. It maximises fuel efficiency by using the battery to power the drivetrain at lower speeds, then switching to the more energetic petrol for higher speeds.

When using the regular engine, the hybrid also charges the battery, ensuring that as little energy is wasted as possible. Recharging the battery also happens when accelerating or via regenerative braking which stores the energy in a small battery. Plug-in hybrids, as the name suggests, need to be plugged in to charge. A plug-in hybrid can be charged at home or at work, using a wall socket or a charging station. Fitted with a much larger battery than a hybrid, plug-in hybrids rely primarily on the battery for locomotion and only switch to petrol when the battery dies.

One of the main advantages of the hybrid over the plug-in hybrid is that there is no need to charge your car overnight or stop to charge when the battery is dead or dying. Refuelling is not only quick and easy, the ability for the petrol engine to charge the battery when in use is a major benefit to both range and fuel economy.

Conversely, the biggest obstacles to plug-in hybrid adoption is still charging infrastructure. If there are no chargers or places where one can charge, the range of the plug-in hybrid is cut in half; with half the range reserved to return to the charging station. That is unless the driver chooses to rely solely on the petrol engine, effectively making it a regular car.

Read more: Is Malaysia about to have an EV revolution?

which means past the 40km mark the car will switch to the petrol engine. Even so, the savings can be worth it, especially if your commute is shorter than the battery range! You could rely solely on the battery for your daily commute and charge your car at night, saving the petrol for longer journeys. The reason being the petrol car’s internal combustion engine (ICE). A car’s internal combustion engine is on the best days 30% efficient. Meaning only 30% of the energy in petrol is converted into power. Although a hybrid has an ICE, it still converts some lost power into electricity and stores it in the battery for later use, which makes it better than a petrol car.

A plug-in hybrid takes this a little further. It only turns on the ICE only when the battery dies and the battery is charged with electricity from an electric socket. Depending on where you are, the electricity could be generated by a green power station such as solar or wind. It could also be powered by a thermal power station that burns fossil fuels like coal or natural gas. While this produces emissions, thermal power stations can be up to 99% efficient, meaning very little energy is wasted, which lowers emissions.

So for every litre of fuel burned, a plug-in hybrid gets and uses more of that energy than a hybrid and a petrol car. More bang for your buck! So as long as you keep to your specific plug-in hybrid’s battery range, you can rely entirely on just battery power to drive. This means there will be practically zero emissions when you drive your car! Being the newer technology outfitted with advanced software and a larger battery, plug-in hybrids are generally more expensive than their hybrid counterparts.

This is before considering the battery which needs to be replaced eventually despite having a long service life. Driving habits can extend or shorten the amount of time between battery replacements, but in either case they cost a bomb. For example, a Prius’ battery costs about RM7,000 to replace!

You will also need to consider installation fees for your 240V home charger if you want to get fast charging. Otherwise, you will have to settle for a 5.5 hour charge time with a 120V charger.

When choosing between a plug-in hybrid and a hybrid, you will need to consider your driving habits, priorities, and what’s realistic for you. For example, if you don’t live somewhere you can install a charger or don’t have access to one, it simply may not be practical to get a plug-in hybrid.

If you drive longer distances or are always on the move you’ll have to stop to recharge a plug-in hybrid often to continue using electric power, and that requires more time and planning than just refuelling at a petrol station. This is complicated by Malaysia’s anaemic but slowly growing charging infrastructure. But if environmental impact matters more to you, you may be fine with the trade-off.

If you are looking to upgrade your car, you can opt to sell your car to us or even trade-in for a myTukar Certified car that is as good as new! 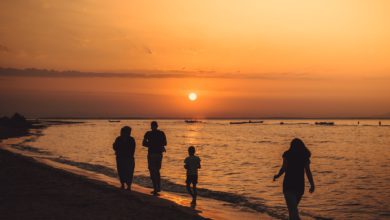 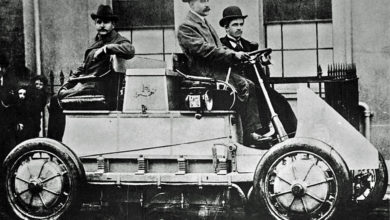 4 most common damage areas on cars