When it comes to buying pre-owned cars, several models come to mind as the best-selling models in Malaysia. One of the leading online car selling platforms in Malaysia, myTukar has been a popular choice to sell used cars in the new age of digitalization. myTukar’s aim is to digitalize and change the traditional way of car selling.

Based on myTukar’s annual cumulative statistics from July 2019 until present, the top five most sough-after brands comprise of Perodua, Toyota, Honda, Proton and Nissan. myTukar.com tracks vehicles’ potential in terms of sales, based on live bidding, current market rates and demand in the market. From the data, it is revealed that the positive consumer demand for the top brands in Malaysia shows strong signs of recovery after the recent MCO (movement order control). Second National carmakers Perodua leads the top-5 list in the corresponding year from July 2019 – July 2020. The most demanded Perodua models on myTukar.com are the Myvi, Alza and Viva, with a year-on-year turnover of over 2,160 units. myTukar’s trusted and transparent platform offers sellers an effective platform to sell their cars fast and easy, an  industry-leading car inspection and 24-hour payment to successful sellers. At the same time, sellers get a higher resale value for the most popular models on myTukar.com.

Toyota is the second most sought-after brand on myTukar.com with its star models being the Vios. Avanza and Camry with a combined figure of over 1,200 units sold in the past year. The first three generations of Toyota Vios remain one of the best-selling models for used car dealerships, with average prices from RM 12,000 (generation 1) up to RM 50,000 (generation 3). The Vios is highly in demand after the sub compact models by Perodua and Proton.

The second Non-National car make Honda has models that are in-demand on myTukar.com, namely the City, Civic and Jazz. The City is most popular with an average of 600 units delivered for the year, followed closely by the Civic with 400 units and Jazz with 200 units.

Proton and Nissan are in top five on myTukar.com. thanks to several popular models. For Proton, it is Saga, Persona and Exora, combining for a total of 1,200 cars during the period. Nissan made it to fifth on the list with these models; Grand Livina, Almera and Sylphy. The models combined for 550 units sold between July 2019 – July 2020.

“We strongly believe that myTukar has been a platform most trusted by our dealer network of 1,900 plus and sellers alike. The second half of the year will be essential in the recovery of the industry from the impact of MCO. With the bidding volumes still increasing and trade prices stabilizing, being able to identify the most in demand vehicles and pricing them according to the market or at higher value will make myTukar the most effective platform for dealers and sellers,” said Fong Hon Sum, CEO of myTukar Sdn Bhd. 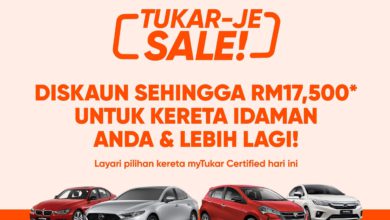 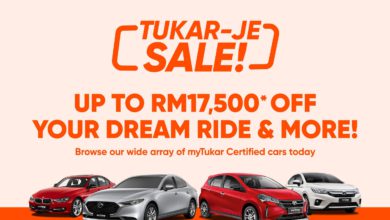 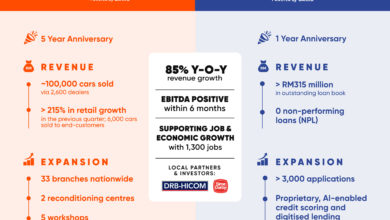