We rely heavily on cars to commute from one place to another. But do you know a lot about cars? It is quite a surprise to find out that there’s more to cars than meet the eye. Once you go through this article, you will know 5 interesting facts about cars you might have never heard of.

Table of contents: hide
1 The World’s First Automobile
2 The World’s Best-Selling Car
3 The Most Expensive Country to Buy a Car
4 Car Costs in The Early 1900s
5 Where Has The Most Rolls-Royce Cars?

Did you know Carl Benz developed the first automobile in 1885? The car’s speed was 16km per hour. Its design was stunning and was known as the Benz Patent Motorwagen.

Can you guess what’s the best-selling car in the world? The Toyota Corolla is sold in over 150 different countries and regions. Moreover, it is impressive to note that Toyota sells 1 Corolla every 15 seconds. Since it began production, Toyota has sold up to 44 million Corollas that are roughly 20% of the company’s overall sales.

The Most Expensive Country to Buy a Car

Singapore charges taxes on all new car purchases and it is obligatory for car owners to buy a certificate of entitlement (COE). Why is Singapore doing this? They are trying to get rid of congestion by limiting the number of people who can own a car. Reason being Singapore has limited land space. But the citizens do understand this and are willing to take the MRT instead.

Back in the early 1900s, the cost of buying a car would be around $825 USD. It’s hard to believe that the Ford Model T was worth $950 USD only. The prices seem to be unimaginable, but they would be thousands of dollars in today’s time.

Where Has The Most Rolls-Royce Cars?

Hong Kong has more Rolls-Royce cars per capita than anywhere else in the world. Did you know Rolls Royce HP-15 is one of the rarest cars on the earth? Only 6 of these cars were available in the world.

There you have it, you now know 5 interesting facts about cars you probably are not aware of. If you happen to be looking for a new ride, feel free to browse our cars online and our team will be more than happy to assist you in your car buying journey. 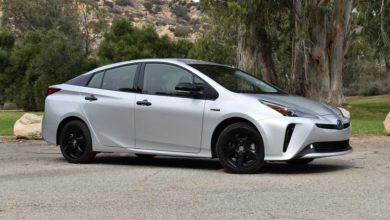